Physics is about unravelling the universe to try and find out how it works. From observing the furthest stars to the inner secrets of the nucleus, physics has been at the heart of most advances in technology. 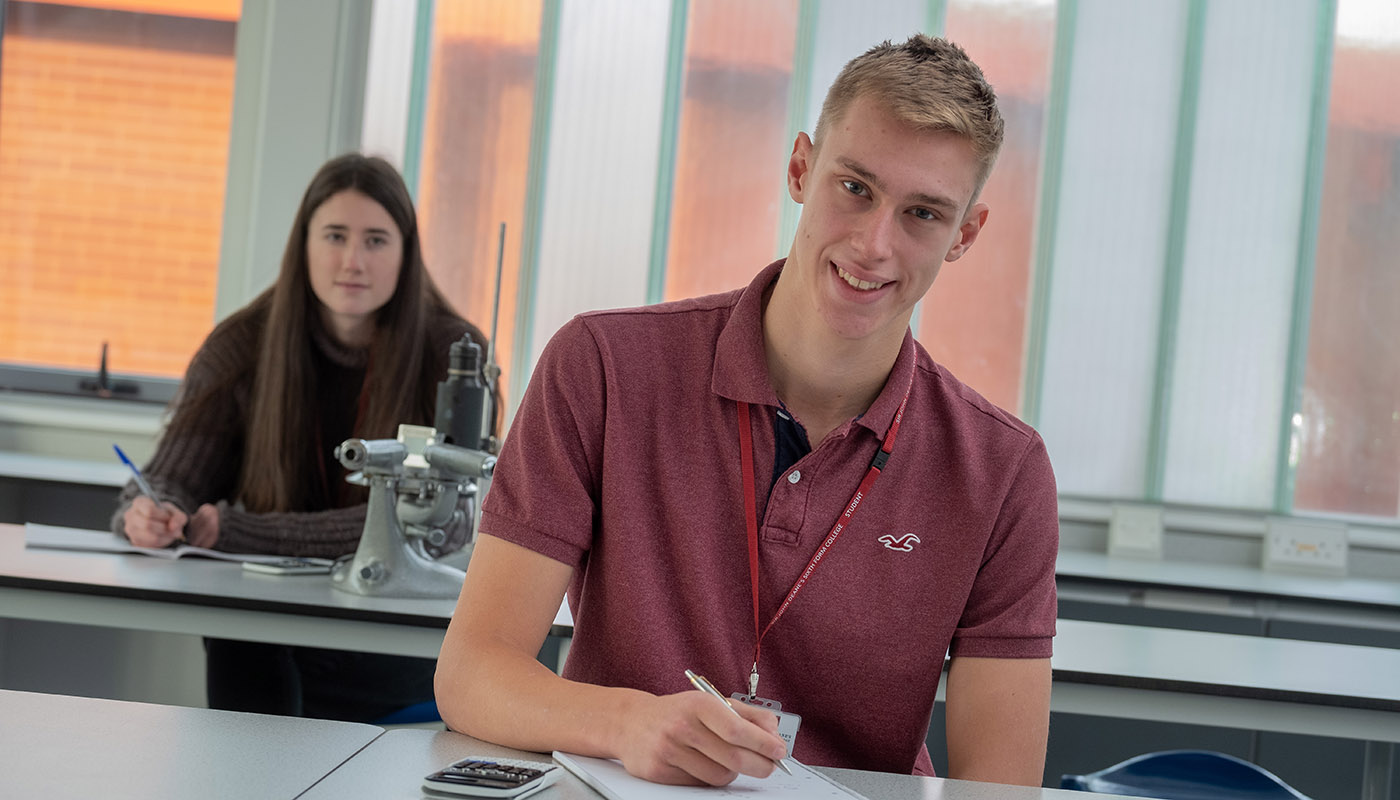 Physics is an exciting and challenging subject to study, requiring an enquiring mind and clear thinking. The course allows you to learn about the fundamental ideas in Physics and their application in technological settings. It shows how Physics is used and its place in today’s world. The course is very mathematical and involves describing and explaining physical phenomena. You will have the opportunity to develop practical, data-handling and ICT skills.

Topics you will cover are wide-ranging but include: electricity, materials, wave and quantum behaviour, astrophysics, mechanics and medical physics. You will also study radioactivity, atoms, electric and magnetic fields, atomic, nuclear and sub-nuclear structure.

The course is assessed 100% by written examination.

Recent activities have included a trip to the Daresbury Laboratory. We also take part in the British Physics Olympiad competition. The College also runs a popular Physics Society for students wanting to further their knowledge in topics beyond the curriculum.

The skills that you gain through studying Physics are in high demand in the world beyond College. A level Physics is a well-respected academic and scientific qualification that opens many doors to your career path. The degree courses that many of our students go on to study cover a wide range of subjects – from Engineering and Medicine to Mathematics and Computer Science, as well as Physics, Astrophysics and Electronics.

Module 1 – Development of Practical Skills in Physics
Planning, Implementing, Analysis, Evaluation and Use of Apparatus in Physics